For more than 50 years, sustainable chemistry

SO.G.I.S. was established in 1962 by three Italian families.
Born as an engineering company, after a while it turned into a production site, of commercial Stearic Acid and Glycerol at first, later on of Fatty Acids and Glycerol derivatives. In 1990 SO.G.I.S. signed a joint venture agreement with Baerlocher GmbH, a German Company leader in additives for PVC. SOGIS is present worldwide. We are able to satisfy needs of a number of customers, ranging from big international companies to small local firms in a lot of fields of application: plastic materials, building industry, biodegradable lubricants, detergents, drilling, paper industry, leather goods paints, inks and many others. Placed in the middle of a crossroads among the most important transport routes in Pianura Padana, SO.G.I.S. hires more than 60 people and feeds many downstream producers. More than 60 % of SO.G.I.S. production is for export, mainly in EU countries, but also towards Middle East, the North of Africa, North and South America and Far East Countries. 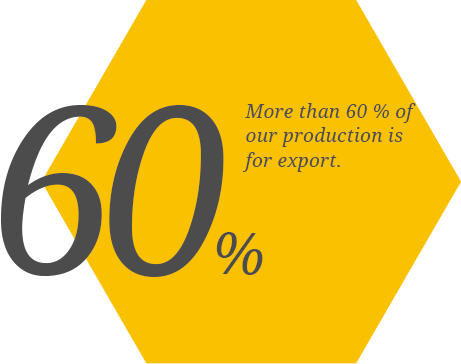 SO.G.I.S. is facing challenges that a growing environmental sensitivity is throwing down to all industrial sectors, going on developing only sustainable products and processes with a low environmental impact and to use raw materials from renewable sources.
We are committed to face changes compelled by globalization while remaining locally rooted, to go on building traditions and create culture and opportunities for next generations.

Sogis is an Italian company affiliated with the group:

This site uses cookies. By continuing to browse, their accepted use is considered.